Harmony is a free, open-source CMS platform based on the Symfony 4 Framework. HarmonyCMS has been created because we believe some things could work different than conventional CMSs. In HarmonyCMS there’s a lot of discussion, reflection and experience. We made a lot of decisions and want to give you a short overview on why we chose to do things the way we do them.

HarmonyCMS is not like other CMSs - it's not just a simple package to install like others, it's more like a powerful and very customizable CMS to use in any circumstance as possible.

There is no good or bad CMS, each CMS is suppose to do what they suppose to. However with popularity they do more and it's bad - generating security and unexpected problems. Taking by examples these three popular CMSs (Wordpress, Joomla and Drupal) each one, is using a lot by people but they are deprecated and having a lots of security problems. These CMS are also not used as they suppose to, Wordpress is a simple Blogging system with a lots of plugins to do things than is not suppose to, and so on for the other one...

This is why we developed a simple CMS, who is not focused on one simple thing. With HarmonyCMS, who is indented in multiple sub-projects, each people (developer and user) will be able to create a fully customized site and system to do what is supposed to without including useless stuff. By example if a user want to do a simple blogging system, it will be able to install only the necessary files (packages/bundles) to do that.

Developing a new CMS means using new technologies and new concept like Frameworks. This CMS is based on Symfony 4 Full-Stack and structured according to the Symfony standards.

One of the main feature of this CMS is the programming language used to is development. Just released at the end of 2016 by the PHP group, the new features proposed by PHP7.1 are used into this project. Twice faster than his predecessor PHP5, PHP7.1.3 is the minimum required version of PHP required by this HarmonyCMS. This version has been choice because it's time to develop software using the latest features proposed as people and stop using deprecated and old stuff. But also because Symfony 4 require PHP7.1.3 to run, PHP group has decided to release more often PHP version than before and for developers it's cool to learn and use some new things.

Legos are pieces of different varieties to constitute an universal structure. Generally speaking, Legos are composed of pieces with different colors, with different forms to do different stuff. This Legos are finally nested in a base plate. HarmonyCMS project follow the same idea of what made Legos. It's constituted of a core (Lego's base plate) and bundles, extensions, themes(Lego's bricks). Users and developers are able to create their own customized final website (Lego's structure) including the features they choose or by using a predefined recipe.

Previous
What is a CMS?
Next
How HarmonyCMS is structured? 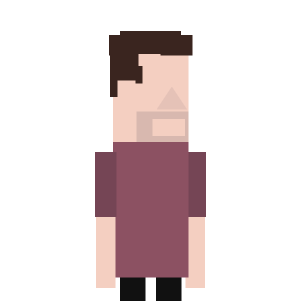